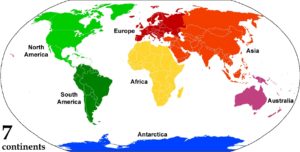 Planet Earth is home to around eight billion people spread across seven continents. Exploring the seven continents was made famous by Richard Bass because in 1983 he climbed the highest peak on each continent. But that was with Mt Kosciuszko in Australia being counted at the ‘7th’ summit. These days it is commonly accepted that Carstenzs Pyramid in Indonesia is the official 7th summit on the Australasian tectonic plate. I completed climbing these peaks in 2019; Mts Everest, Elbrus, Aconcagua, Denali, Kilimanjaro, Vinson Massif and Carstensz Pyramid. I think I became the 8th or 9th NZer to climb them all.

Skiing the seven continents is a relatively new adventure for skiers and boarders and I encourage people to get into the backcountry, meet the locals, experience the food and learn about the culture of each continent. It’s nothing too serious and more about exploring the globe and experiencing different regions while getting good turns. So what are they?

The seven continents are; Australasia, South America, North America, Asia, Europe, Africa and Antarctica. Each of the continents of the world is unique. Each has its own cultures, languages, climate, geographic features and identity. As a result of this diversity, every continent is divided into several countries with the exception of Antarctica (which currently has no countries within its borders.)

Skiing the Seven Continents:
Antarctica: Skiing on the Antarctic Peninsula 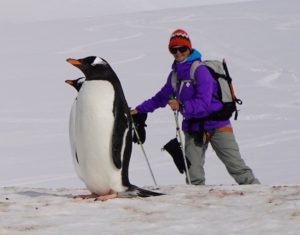 Antarctica is seen by many as the ‘Last Frontier’ for skiing and snowboarding due to its remote location and difficulty of access. An expedition to Antarctica is an exotic, life changing experience very few people have the opportunity to experience. Lean about skiing the Antarctica Peninsula here and about skiing inland Antarctica here.

Asia: Skiing in the historic state of Kashmir, northern India.

For the Australasian Continent it can be debated as to where you need to ski. I like to think of the best spot to ski is on the West Coast of New Zealand as it lies on the edge of the Australasian tectonic plate, and has ‘real skiing’, unlike the flatter mountains of Australia. You could also ski in the backcountry of the resorts close to the Main Divide like the Treble Cone and Temple Basin. Wanaka and Queenstown form NZ’s skiing capital and although the resorts are small, the back country touring is world class. Fine wine, great food and comfortable living are all on offer with day trips into the mountains to ski high above the sheep filled valleys, never far from the oceans on either cost. Lean about ski touring in NZ here, and about heli-skiing here.

Europe: Get off the beaten track and ski the Caucus Mountains of Russia. 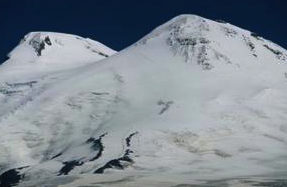 Elbrus is a giant dormant volcano, which separates Europe from Asia and consequently has become one of the “Seven Summits” as the highest summit on the European continent. Ski from it’s summit, or just on it’s flanks during an Eastern adventure. Learn about skiing in Russia here.

Africa: Skiing in the Atlas Mountains of Morocco

Skiing in Morocco can also be hugely rewarding. The scenery is spectacular, the mountains are gloriously uncrowded and the cost is a fraction of what you can expect to spend elsewhere. Most importantly, skiing in Morocco allows you to get off the beaten track and indulge your sense of adventure. The novelty of being able to say that you’ve carved powder in Africa makes the effort of doing so worthwhile. Read about my Morocco trip here.

There are hundreds of ski resorts and back country options in Canada and America. Large snow falls, hugh resorts and fantastic tree skiing all add to the flavour of skiing the North American continent. The skiing in British Columbia and Utah are among my favourites. 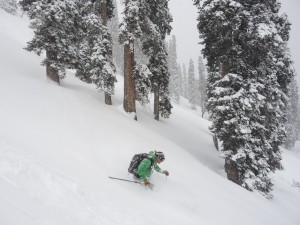 South America is huge and the Andes mountain range is the longest mountain range in the world with the tallest mountains on Earth outside the Himalayas.  The best skiing and snowboarding in the Andes is in the southern part of the continent and it can be phenomenal. South America is raw, rad, and wild.  If the snow isn’t just right, the culture most certainly is. You ski in Argentina as part of our Antarctica Peninsula expedition so you can tick two continents on one trip!

Each of the continents of the world is unique. Each has its own cultures, languages, climate, geographic features and identity. As a result of this diversity, every continent is divided into several countries with the exception of Antarctica (which currently has no countries within its borders.) Currently, there are 195 countries across the seven continents.

Get out there and explore with your skis or board in tow…. 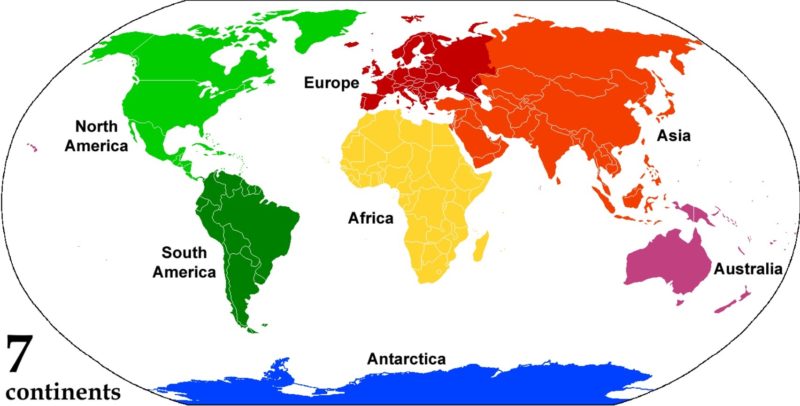